Surely by now you might already know that there are as many different styles of tattoos as there are genres of music. Whether you like color or black and gray, is just one of the many many options you have when choosing your tattoo.

Let's go over some of the more popular tattoo styles out there, and talk about how to recognize one style from another.

Now keep in mind, there are almost as many styles out there as there are tattoo shops, so I won’t be able to cover all tattoos styles now, But I’ll be sure to cover other styles in a later blog.

These classic tattoos tend to feature very bold solid black outlining. The shading is usually performed with solid black ink, and the color palettes tend to be simple, using only a handful of colors, namely red, green, or yellow.

This illustrative style is known for withstanding the test of time, both in popularity and in the longevity of the tattoo itself.

2. Next, we should talk about the more modernized version of the previos style:

This style has a lot of similarities with traditional, but allows a few things that Traditional generally does not.

For example Neo Traditional will usually have much more vibrant color palettes which modernizes the look of the designs. It also tends to feature lines of different thicknesses, also referred to as "line weight".

This use of both bold lines and fine lines gives the designs a bit more dimension than traditional, and also makes the designs look a little more detailed, whereas in American Traditional, simplicity is key.

3. Hows about this style which is very popular now:

This style is quickly climbing the charts and exploding in popularity. It tends to feature very soft color palettes and little or no black to attempt to replicate the look of watercolor paintings on paper. However, this can result in tattoos that, unlike traditional, may not tend to hold up so well over the years.

Now, like with any style of tattooing, high quality inks and equipment as well as the expertise of your artist, will always make a difference between a tattoo that holds up and one that doesn't. That being said, proper color saturation is absolutely imperative if the tattoo is going to last as well as some other styles.

4. Next we'll go over another style which is also becoming quite popular and spans over a broad spectrum:

Blackwork generally refers to any tattoo done only with solid black ink. This style is not limited to any particular subject matter nor does it have to be anything as big as the backpiece in the picture above. Anything from clasaic tribal, to traditional, new school, or even portraits can technically be considered Blackwork, as long as no other color or shade of pigment besides black is used.

And lastly, we’ll talk about my personal favorite style

This flower tattoo is one I did myself.

The idea with realism is to do as the name implies and attempt to recreated a tattoo which is as accurate to the original photography as possible. This can include subject matter like portraits of people or animals, landscapes, or anything that essentially can be photographed.

This style can also be performed in full color to create an even more realistic look.

Well executed realism tattoos, can generally also withstand the test of time. However, realism is not the easiest of tattoo styles, and is generally considered more advanced tattooing.

So if you’re looking for a realistic portrait of you grandma, you may, very much, want to find an artist who is experienced with this particular style.

Now, as I mentioned before, there are tons of other styles out there, even mashups of two different styles and artists with their own unique styles.

I’ll be sure to write another blog explaining some other very popular and common styles, as well as some others which you may not be too familiar with.

Need some ideas on how to cover up that old ugly tattoo you don’t want anymore? Maybe this will help

5 Crucial tips for what to look for in a Tattoo Artists Portfolio.

5 Really important "Do's and Don'ts" you should know when getting a tattoo.

5 things to consider before your next tattoo. 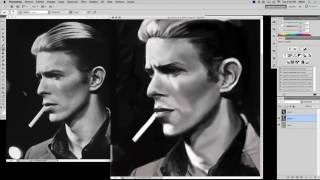 Need some ideas on how to cover up that old ugly tattoo you don’t want anymore? Maybe this will help

5 Crucial tips for what to look for in a Tattoo Artists Portfolio.

5 Really important "Do's and Don'ts" you should know when getting a tattoo.

5 things to consider before your next tattoo.

BLOGS? WHAT ARE THOSE?!